What is Humulene? Information about terpenes

Today in Cali Terpenes, we want to discover what Humulene is, what properties it has and in which varieties it is found in greater concentration. Find in this article everything you need to know about this interesting terpene wich is present in the cannabis composition.

Humulene, is one of the many terpenes responsible for giving cannabis such characteristic aromas. It can be found in different percentages depending on each strain, however humulene usually appears in smaller amounts compared to other terpenes that we have talked about so far (Beta-Caryophyllene, Myrcene, Limonene, Linalool). Its name derives from the hop plant (Humulus hops), since it was first discovered in this plant. Still, this terpene is found in a wide variety of plants (black pepper, ginger, sage, cannabis).

Humulene gives plants a fresh, pungent aroma with subtle woody, earthy notes. The refreshing and spicy flavor that makes beer such a popular drink is due to this terpene (or better said sesquiterpene). Humulene terpene not only adds flavor to cannabis, it also plays an important role for plants, like other terpenes, it helps in the defense capabilities of the plant and to prevent pests.

What properties does Humulene have?

The therapeutic potential of humulene has long been investigated and has been used for centuries in the holistic practices of oriental medicine. This terpene is a powerful anti-inflammatory, antibacterial, pain reliever, and also has anti-cancer properties. Recent studies have shown that it can help kill cancer cells when combined with phytocannabinoids and other terpenes.

Acting in synergy with phyto-cannabinoids (THC, CBD, …), humulene can be an: 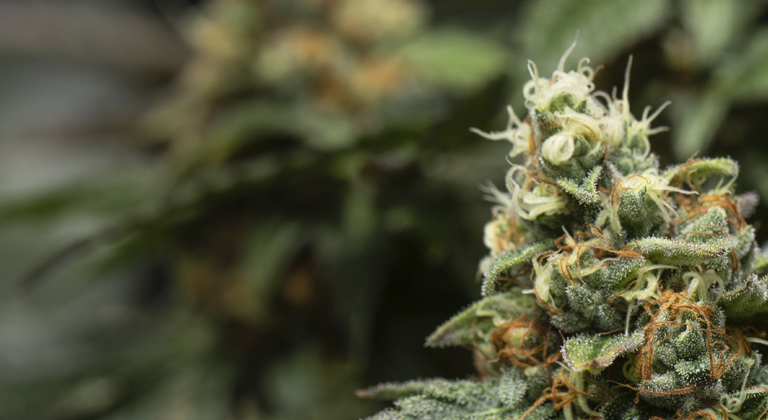 Do you want to enjoy the benefits of Humulene? Here you have 5 cannabis strains rich in Humulene:

Who has never heard of the famous OG Kush? This “classic” American variety, first cultivated in Florida in the early 1990s, comes from the cross between: Lemon Thai x Pakistan x Chemdawg. OG Kush terpenes act in synergy with cannabinoids by modulating their effect and provide an instant “high” feeling, cerebral and fun, physically relaxing and pleasant. This variety can reach up to approx 25% THC, with a very low CBD (0.3% – 1%), it is ideal to relax after the day keeping the creative mind, to relieve stress and improve mood.

The aroma of OG Kush is fruity and reminiscent of wild berries, it also has a “diesel” background and citrus and spicy touches. It is a variety very rich in humulene, although as explained above, humulene is not found in a large percentage in cannabis (compared to other terpenes such as Myrcene or Caryophyllene). The terpenes of the famous OG Kush reach approx 5.50% humulene.

The percentage of humulene present in 3 Kings is very similar to that of the OG Kush. 3 Kings (or Three Kings) is a cross between Headband, Sour Diesel and OG Kush. Although many hybrid strains possess unique qualities that differentiate it from parents and seek to be a unique and own strain, 3 Kings is nothing more than the perfect combination of their ancestors. 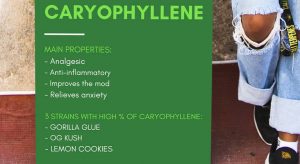 What is the Caryophyllene? Discover all about this terpene

The buds have a deep aroma reminiscent of citrus with a mix of earthy and sweet touches, with hints of pine that combine with a strong diesel flavor. The effects of this variety are quite balanced between euphoria and calm; it is a strain that has around 19% THC and very little CBD, 1%; 3 Kings offers a feeling of “high” coupled with a pleasant feeling of relaxation.

Gorilla Glue # 4 is a multi winner: from the 2014 Los Angeles and Michigan Cannabis Cup awards to the prestigious High Times Jamaican Cup and is present in most dispensaries, coffee shops and cannabis clubs around the world. This variety, according to legend, was born entirely by accident, although it seems very successful. It has aprox 27% of THC, surely we can say that it is not a cannabis novice strain. Gorilla Glue # 4 is a very balanced hybrid but, depending on the crop and the plants, it can have a slightly more indica or sativa dominance.

Its intense aroma and earthy flavor with a clear pungent pine-like touch, with notes of chocolate and coffee, is very characteristic and appreciated because it is definitely a delicious combination. Gorilla Glue terpenes contain about 5% humulene.

Veneno: for those who have a sweet tooth

It is a hybrid variety with indica predominance (85% indica), daughter of the strains: Papas Candy and Monster of Eva Seeds Bank. Veneno terpenes act in synergy with cannabinoids, modulating their effect and providing a physically relaxing, pleasant sensation, ideal for night use or medicinal use. This variety has up to 18-20%.

Veneno has an intense fruity aroma where the strawberry smell stands out, with hints of oriental woods and spices.
The level of humulene present in Venom terpenes is 4.49%.

The Black Dream variety is the surprising result of the cross between Jamaican Dream and an elite clone of Black Domina, this variety “made in Spain” has a fruity and sweet aroma and flavor with spicy and oriental touches.
This strain is a perfect hybrid (50% sativa – 50% indica) with a high THC level (around 21%) that makes it very powerful.
Black Dream terpenes contain around 4.18% humulene. Among the dominant terpenes of this strain we also find Caryophyllene, Pinenum, Myrcene and Limonene.

Until the next!
Cali Terpenes 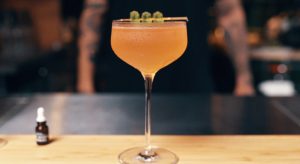 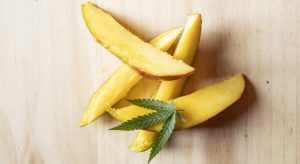 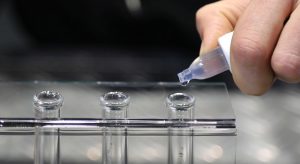